This is the final post in a series about our trip to Spain to visit Allison. The other two, “Manneqins, Markets, and Tortilla Espanola” & “Reminiscing about Coffee in Spain” gave me a chance to use some of the photos I snapped, but also to remember how much I enjoyed that vacation. At the end of our trip, we wound up in Ibiza, one of the Balearic Islands in the Mediterranean Sea off the coast of Valencia. Allison was based there at a school that participated in the English Language and Culture Auxiliary Program. She was also working as a nanny for the only child of a very privileged family. Both experiences made for some interesting and outrageous stories. Her blog, Naptime With Yasmine, recounts some hilarious tales about her time there.  One thing that she immediately noticed about Ibiza was the curious fact that it has two different personalities… 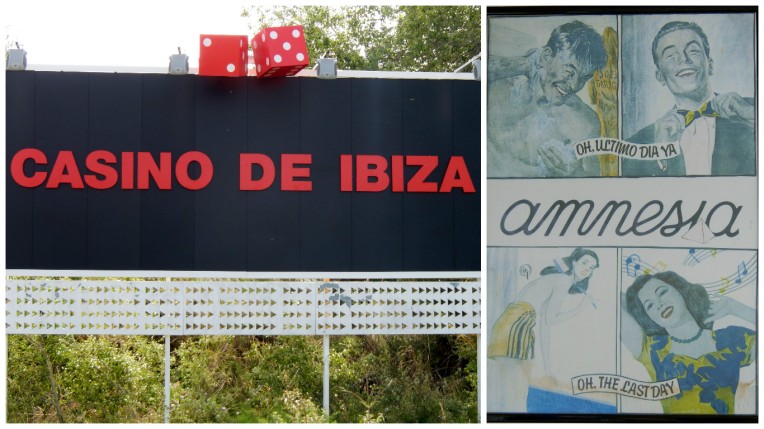 The photos above are indications of what most people come to Ibiza looking for. During the “Clubbing Season” it grows from a population of a 180 thousand to 1.2 million people. Clubs with names like Cream, Cocoon,  Privilege, Amnesia, and Space open up from at the end of May through the beginning of October. People from Europe, especially the UK, flock to party and soak up the sun on the beaches. AOL and other sites have reported on tourists’ shenanigans that take place there. However, since we were visiting in April, our experience was very different.

We didn’t find too many sun worshipers on the beach in Ibiza Town. In fact, it was easy to get around and sometimes the city almost had a deserted feel to it.

We were able to amble around Dalt Vila, Ibiza Old Town without fighting any crowds. The walls surrounding it date back to the 1500’s and it is a UNESCO World Heritage Site.  Phoenicians, Carthaginians, Roman’s, and Moors each had a period of occupation on the Island. In 1715 King Philip V absorbed it into Spain. In more modern times it became a place of peace, love, and living off the land when Hippies descended on it in the 60’s. These days it has morphed into a tourist destination for those who like to party. I wonder if some of the offspring from the Hippies grew up and became club owners? Just speculating!

Santa Maria Cathedral in Old Town is worth seeing and there are lots of interesting shops as well.

But what I really enjoyed is the alter ego of Ibiza; the raw unspoiled beauty of the island is in complete juxtaposition with the glamorous material lifestyle of clubbing.  Allison is an avid hiker, and she guided us to some breathtaking views. The huge rock in the lower right of the photo collage above is Es Vedra. Reported to be one of the most magnetic places on earth, some say below it lays the lost city of Atlantis.

Further highlighting the Island’s dual personalities was our experience of eating at two very different restaurants that basically had the same menu. The first one, extremely expensive Es Nautic in San Antonio, was suggested by the mother of the girl Allison au paired.  It was located next to the harbor in which the family kept their sailboat. Typical to what Allison had relayed to us about the mom’s behavior, she packed her daughter in the car with us, and sent us on to the restaurant even though it wasn’t a scheduled babysitting time. Of course, she did not send the little one with any money, so we footed her portion of the bill. We rationalized that observing the girl’s behavior was worth it as she plowed through eating more than her share of the family style servings. Es Nautic had a beautifully appointed dining room. The table setting was lovely and the presentation of the food was fabulous. The second restaurant, El Bigote in Cala Mastella, was quite a different venue. It is shown in the photo above. This outside eatery with the most remarkable view has two servings everyday and all patrons are served the same dishes cooked right in plain sight on an open fire. The girl was with us for this meal also; this time she ate a bit more modestly. Apparently she suffered some stomach problems after the first experience! We ordered just about the exact same tradition Ibicenco dishes from both restaurants. The food photos were taken by me but the photos of the recipes are all from www.Ibiza.Travel .

Both restaurants brought bread, olives and aioli to the table. The bread alone was very bland, but it was fantastic with aioli spread on it! The olives were the perfect complement to that bread combo. 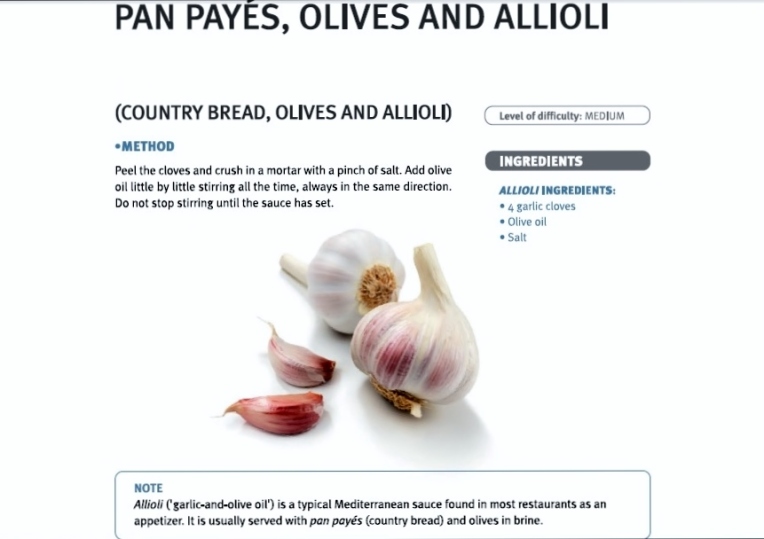 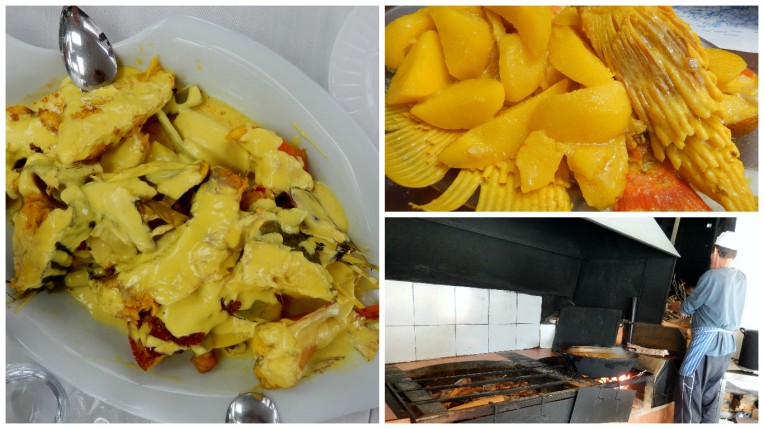 On the left above is Es Nautic’s rendition of the fish stew, Bullit de Peix. On the right above is El Bigote’s version and right below shows how it was cooked. The dish gets its orange hue from saffron. Delicious rice served after diners eat this main dish and is prepared in the cooking broth left behind from the fish. Notice how Es Nautic’s is served with aioli poured over it. In both restaurants the fish still had tails, tentacles, and all still attached!

The dessert above is Greixonera from Es Nautic. It was pretty good, but not as good as Allison’s favorite Ibizan sweet, Flao. Flao is a goat cheese tart laced with mint; the recipe for it is in the Spanish coffee post mentioned above. 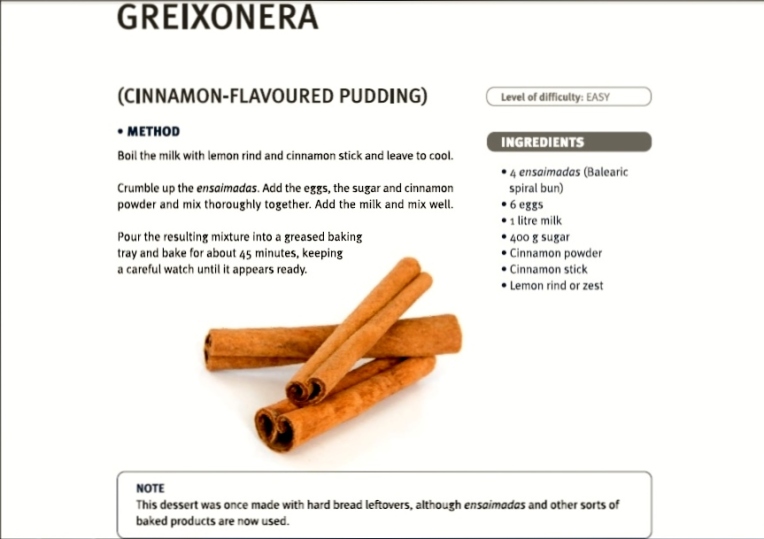 So which restaurant did we like better? It’s hard to say! Both are very authentic to Ibiza; one reflects the pampered life and one showcases the natural beauty of that part of the world. The fact is – I would go back to either one of them in a heartbeat!