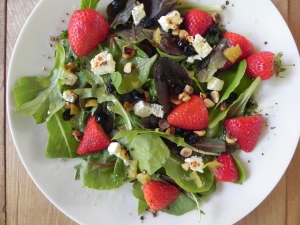 My quest to learn how to preserve lemons came this summer after eating a fabulous salad at Black Star Farms Winery near Suttons Bay, Michigan. We had rented bikes and stopped at the winery for lunch. Of course we were starving and everything tasted so, so wonderful! I asked the waitress about the salad dressing and she told me it was made with verjus, which is very young green grape juice. I bought a bottle and tried to duplicate the dressing. What a disappointment! Something was definitely missing. Adam, my daughter’s boyfriend, thought the winery salad was more lemony but adding lemon juice still didn’t make it stellar. I googled the menu and looked at the description of the salad. One of the ingredients listed was preserved lemon – something I had been stumbling across in several cookbooks.  I had seen it in Yotam Ottolenghi’s iconic vegetarian cookbook, Plenty, and in Sarah Raven’s cookbook, In Season. I had just sort of written that ingredient off as too hard to get and something that wouldn’t make that much of a difference anyway.  Then I saw it on an episode of Ina Garten’s Barefoot Contessa. My interest was piqued.  I found a jar of preserved lemons at a Middle Eastern grocery store near my house but they didn’t have the same fresh lemony flavor I remembered from that special salad. I knew I was going to have to find out how to make them at home.  Sarah Raven included a recipe in the book mentioned above, but the biggest help was from an August 2013 post on http://www.bonappetit.com.  The following post is the result of my experimenting. For the salad recipe where preserved lemons were the secret ingredient that added a “wow” factor click HERE .

1 quart jar with some kind of lid

4 to 6 lemons depending on size

Place the lemons in a pan and cover with plenty of water. Boil them for about 15 minutes or until skin softens. 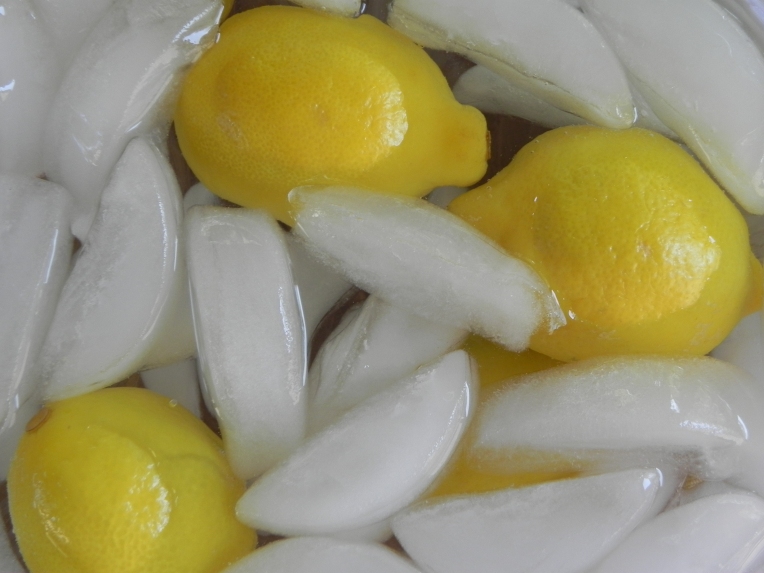 Place the lemons into a bowl of ice water and permit them to cool down.

Without going all the way through, cut them lengthwise in four places. 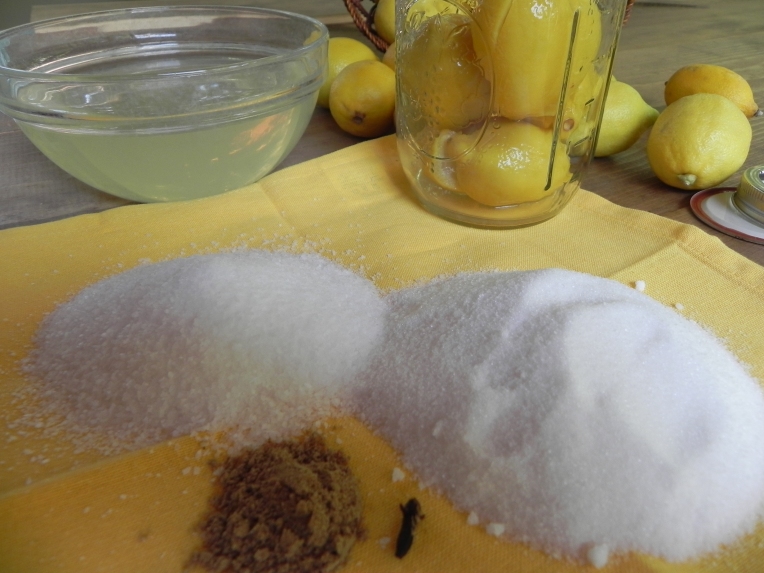 Measure out 3 cups of the cooking liquid and bring it up to a boil again. Turn it down and stir in the sugar, salt, coriander, and clove.  Place the lemons in the jar. Don’t smoosh them down, just put in as many as there is room for. Pour a bit of the water/spice mixture in the jar and wait 1 minute before pouring more liquid in up to about an inch to the top. 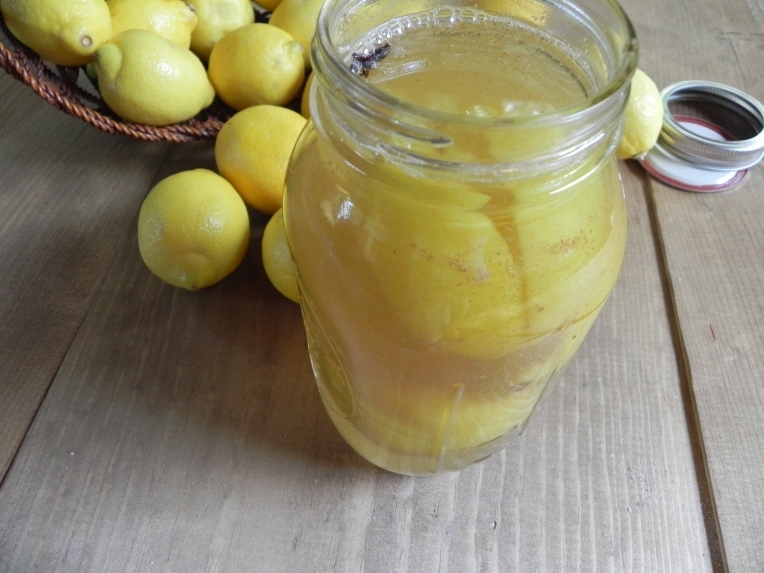 Place the lid on and store in the refrigerator for at least a week before using.  They last for several weeks.

Enjoy! Please let me know if you find some great recipes that include this secret ingredient!